There’s a power struggle going on across Europe these days. A few cities are competing against each other to see who shall emerge as the great 21st century European metropolis. Will it be London? Paris? Berlin? Zurich? Maybe Brussels, center of the young union? They all strive to outdo one another culturally, architecturally, politically, fiscally. But Rome, it should be said, has not bothered to join the race for status. Rome doesn’t compete. Rome just watches all the fussing and striving, completely unfazed. I am inspired by the regal self-assurance of this city, so grounded and rounded, so amused and monumental, knowing she is held securely in the palm of history. I would like to be like Rome when I am an old lady.

‘I sometimes fancy,’ said Hilda, on whose susceptibility the scene always made a strong impression, ‘that Rome–mere Rome–will crowd everything else out of my heart.’

I first met her in the movies in the ’60s when my family spent Easter week watching Ben-Hur and The Robe.  Later I sighed at her heroes in Gladiator and King Arthur, and still turn to Roman Holiday and Three Coins in the Fountain for escape, classic style, and fun frocks.  And though recently I giggled at Brit wits, Steve Coogan and Rob Brydon in The Trip to Italy based on their pilgrimage to places Shelley and Byron lived, I do love teaching literary legends–particularly The Romantics–who moved to Rome.  Long before the Left Bank of Paris brimmed with expat genius, Rome was muse to so many who for centuries have transported readers to the The Eternal City via  memoir, fiction, and poetry.   Still, nothing is like being in Rome for real.  I was there last week on a detour; but as with many of life’s detours, I realized Plan B was To Be.

Since moving to Morocco in 2014, I began planning my Dream Week for Spring Break 2016. I didn’t know if I’d stay abroad after my initial two-year work contract, so I saved the best for last.  I’d fallen in love with Italy in 2000 and have since returned eight times; but in 2004 I was swept away by the Amalfi Coast and hoped this year to perch on a Positano terrace across from Capri, the island that enchanted me more than a decade ago. A Mermaid in Marrakesh, I felt I’d find my muse staying between the Path of the Gods and the ocean below. Nothing moves me like the sea, and I couldn’t wait to live like a local and go no farther than a boat ride to a restaurant I’d read about.  I’d write in the sun.  I’d breathe.

I had booked the perfect villa last August beside the iconic Le Sirenuse, the set for Only You, a 1994 film my sister and I love . The plan was to join friends from the US in Tuscany the first week of the break, then travel alone by train to the coast. Sadly, an unforeseen circumstance that has caused much stress forced me to cancel that second week, but a colleague offered a Plan B. She suggested I stay with her in Rome and catch the Ryan Air flight on Tuesday for $26. My flight and stay at a hotel inspired by my favorite painter, Modigliani, cost less than changing my original ticket.

Lately I’ve been faced with huge decisions and it seemed all roads were, indeed, leading to Rome.  I’m passionate about several paths–family, travel, writing, education–and have been praying for a way they can all convene.  Birthdays are when I pull over to reevaluate the map of my life journey.  While in Tuscany I celebrated the one that was my father’s last.  He died at work. So young. So missed.

Roaming, resting, relaxing in Rome in my favorite neighborhoods (near Piazzas of Spagna and Barberini) proved to be poignant. I loved seeing friends in Tuscany (many pictures to come), but I’d spent the week fighting the flu.   Being in Rome on Easter and finally visiting The Keats-Shelley House—where Keats, too, came to Rome seeking a kinder climate for his health—moved me. I’d always loved Keats’ “When I Have Fears I Will Cease to Be” where he confesses concern that he’ll die before writing all he felt placed on earth to write or before marrying his beloved Fanny Brawne.  I thought, too, about Lord Byron who said “If I don’t write to empty my mind I go mad” and Henry David Thoreau, an American Romantic, who said, “the mass of men live lives of quiet desperation and go to the grave with the song still in them.” I’ve never wanted to be one of that mass.  Keats died after just three months in Rome beside the Spanish Steps at twenty-five; Shelley was living in Tuscany when he drowned off the coast of Italy at twenty-nine.  Byron died from exhaustion in Greece at thirty-six.  All so young. So much more to write. To live.  I returned to Marrakesh with a renewed gratitude for my health and the warm climate I enjoy daily.  And I continue to seek the best way to live what’s left of my life.

Second generation Romantics Percy and Mary Shelley, Byron, and Keats followed fathers of the movement, Wordsworth, Coleridge, and Blake, in philosophically  opposing tenets of the previous period, The Enlightenment– institutions, tradition, conformity, science and reason.  Romantics were (and are) the Carpe Diem Crowd, idealists who value individualism, democracy, experimentation, emotion, imagination, social reform, change, and nature.  Other European Romantic artists were Pushkin, Hugo, Turner, Beethoven, Schubert and Berlioz–all influenced by the philosophies of Goethe (who lived in Rome for a time), Locke, and Rousseau whose tabula rasa (man is a blank slate made by society that writes his story) meant respecting the “noble savage” be he a Native American or Mary Shelley’s creature in Frankenstein who became a monster  by the doctor who recklessly created and abandoned him and  villagers who feared and abused him, and the social contract (fair play between the governing and governed which fueled the French and American Revolutions).

I thought about how the tension between Reason VS Emotion, Duty VS Passion, Fact VS Feeling VS Faith affects decisions.  Just as I lived the questions while wandering Venice three months ago, I roamed Rome believing I’ll live into the answers.  Meanwhile I’m learning to wait in passionate patience.

I brought back writing inspiration from the vibrant literary landscape that is Rome.  I walked the streets off Via Condotti where writers gathered around wine at restaurants and coffee at Antico Caffè Greco.  In the area around The Spanish Steps known in the 19th century as the “English Quarter” lived not only the Shelleys, Byron and Keats  but also Sir Walter Scott, George Eliot, Charles Dickens, Robert and Elizabeth Barrett Browning and William Thackeray, Henry James, Mark Twain, Edith Wharton, and Nathaniel Hawthorne. Hawthorne, the subject of my Master’s Thesis, wrote The Marble Faun based on the Faun of Praxiteles displayed in Capitoline Museum.  I returned and read Wharton’s “Roman Fever” and plan to read Dickens’ Pictures from Italy and Henry James’ Italian Hours.

Rome does not need to make culture.  It is culture.  Prehistoric, classical, Etruscan, Renaissance, Baroque, modern.  Every corner of the city is a chapter in an imaginary universal history of culture.  Culture in Rome is not an academic concept.  It’s not even a museum culture, even though the city is one enormous museum.  It is a human culture free from cultural faddishness, or neurotic trendiness.

One thing is for sure. From the bizarre to the sublime, Rome is human history.  I’d enjoyed seeing the Forum, Pantheon, Colosseum, Catacombs, and Vatican City on two prevous trips, but this time it was nice to do what Romantics do best.  Feel.  Truly  Rome is an Ode to Joy, a Sonnet called La Bella Vita.

Near here in Palazzo Barberini was the home of William Wetmore Story, an American sculptor, poet, and art critic, where expats gathered from 1819-1895.

I’m grateful for roaming Rome which confirmed two things.  I’ve been missing my children since December and want to travel and do life with them again more than anything. In Positano a gorgeous villa awaits, but I hope to go when they or my sis can  join me one day.  And, like it or not, the only constant is change. The Romantics knew this and thus seized the day knowing too soon the day ceases.  I’ve experienced adventure, beauty and new relationships aplenty.   So much in my life has changed in the last two years. Places. People. Paths. My comfort is knowing the One who holds this gorgeous globe, my family, and me.  He has already picked our next path. It’s good to be at peace with peace. 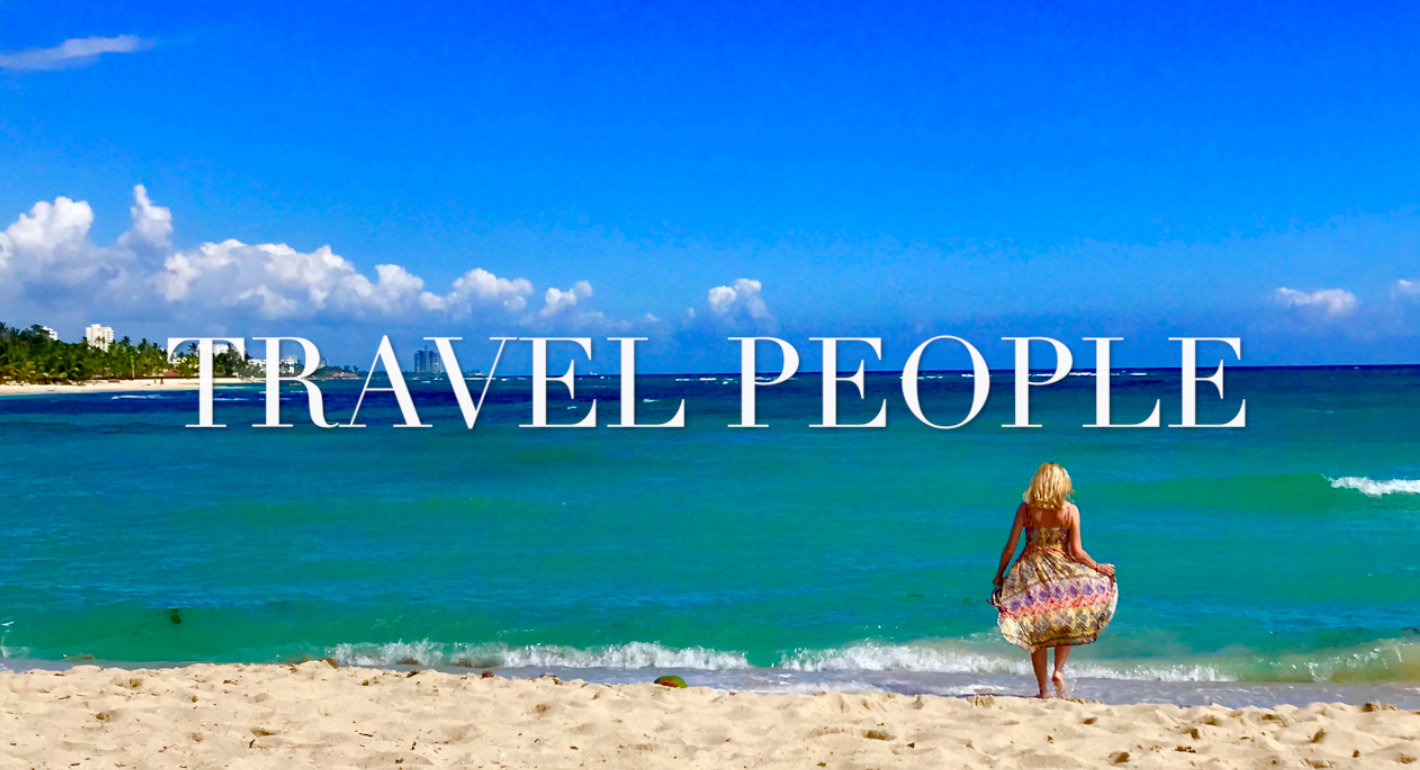 The Once and Future Global Event