Before moving abroad, my friend, Dana, told me how important–how vital–my expat community would be.  She and I were part of the same school family  in the US, and she had a network of close friends at church.  Still, having already taught in Morocco and having lived in France, she said the way friends live together, work together, do life together when family and old friends are so very far away is one of the blessings of living abroad. She was right.

I met Kate, my Australian friend and riad manager, a couple of months after moving to Marrakesh.  She later moved to the apartment complex where I live with other teachers and locals.  Moroccan sorority sisters, we have done meals on rooftops and by pools; walked the souks snapping photos and shopping; relaxed in riads and even a luxury tent.  Baby Boomer moms, we have talked about leaving our empty nests to fly to Africa.  About  wanting and finding more.  We talk about our greatest gifts–our children–and recently I met Amy, her youngest who visited Marrakesh a couple of weeks ago.   They graciously invited me to join them on the Imlil trip and to celebrate Amy’s birthday at Beldi Country Club.  Seeing the two of them together made me more excited than ever about the adventure ahead on the other side of the Atlantic for my daughter, Taylor, and me.  More on that later.

On the way back from our lunch and mule tour in the Atlas Mountains, we stopped at Kasbah Tamadot, the luxury resort owned by British billionaire and philanthropist of the Virgin empire, Sir Richard Branson.  Two days ago he gave Sylvia Jeffreys of The Today Show a tour of Makepeace Island, his newest property called “the most beautiful spot in Australia.” Many would say his place here is the most stunning retreat in Morocco.

The next day we were off to Beldi Country Club–a place I’d wanted to see since my former British colleagues, Louise and Richard, recommended it before moving to Abu Dhabi.  They had celebrated a birthday there last year and said the bucolic setting was beautiful and relaxing.  Indeed it was!

Fields of poppies I saw last year in Spain…strawberry fields forever I heard about from the Beatles (natives of Louise’s hometown, Liverpool)…but seeing at Beldi fields of roses was breathtaking.

There was also an abundance of Bougenvilla, my favorite native flower here which grows as wild as foxglove in England or as lavender in France.

French owner Jean-Dominique Leymarie bought these fifteen acres in 2005 for a farm.  After hosting a wedding party for his daughter, Géraldine, he received so many requests to use the property for weddings and events that he made it into a haven of several pools and gorgeous gardens where expats and tourists gather.  Beldi means “traditional” in Arabic.  A southern girl who grew up on big family dinners and visiting relatives in the country on lazy afternoons, I felt at home and happy until late afternoon shadows signalled the end of the weekend and time to go.

Salsa in the City: Santo Domingo Rises from Ruins

Past, Present, Future Dickens of a Christmas 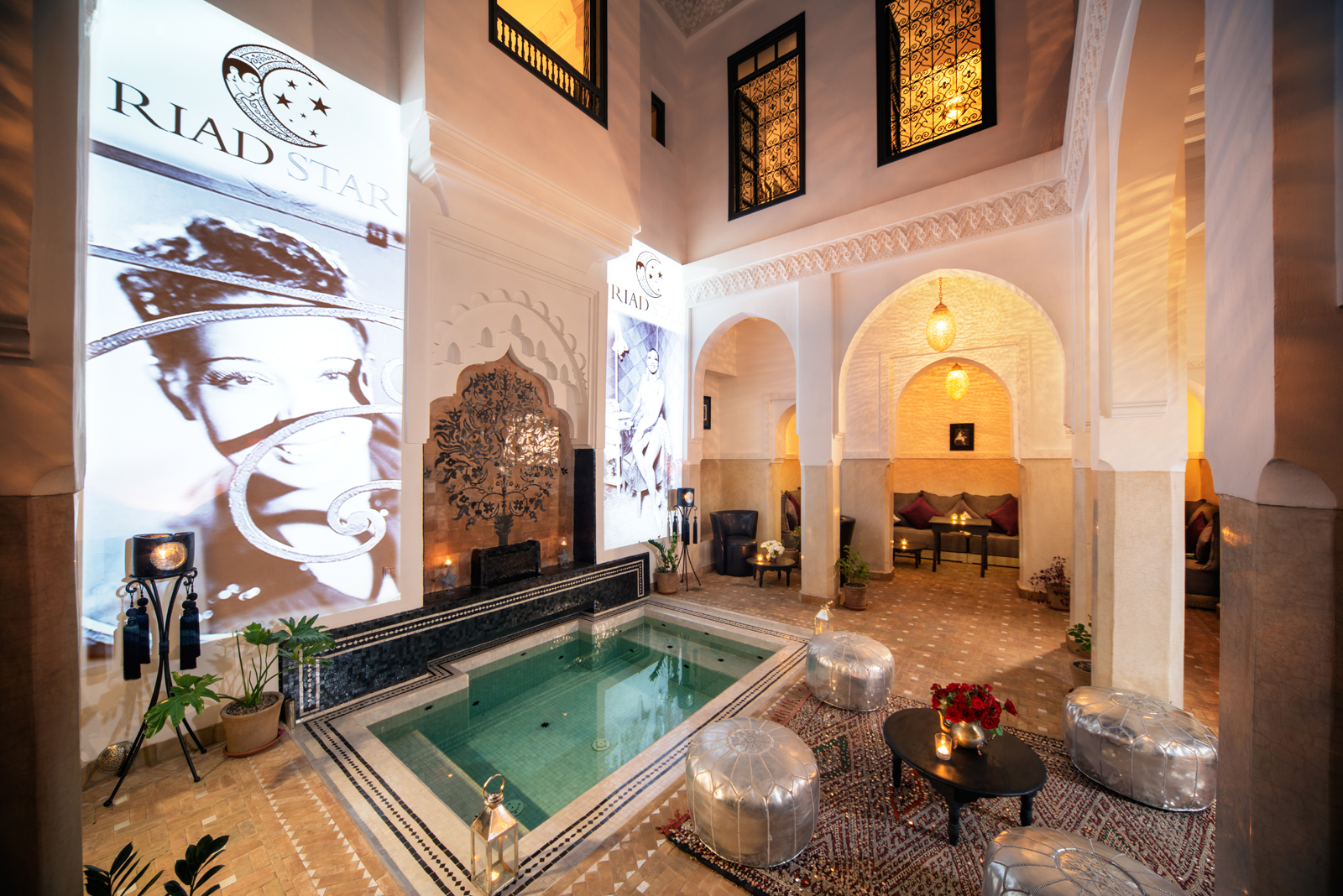 2 thoughts on “Branson, Beldi, and a Birthday”